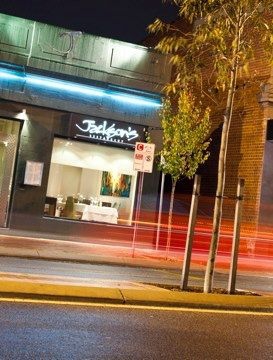 Multi award-winning Jackson’s is the brainchild of British chef Neal Jackson. Beginning his career at the Savoy hotel in London, Jackson relocated to Australia to open up his own fine dining restaurant in Perth in 1998.

Having been awarded the Restaurant Of The Year award by The West Australian Good Food Guide in 2011, Jackson’s has a strong reputation across Western Australia. It offers a seasonally-based menu from Tuesday to Friday, or the “The Dego” menu (Jackson’s take on degustation) from Tuesday to Saturday, which features small portions of a number of signature dishes at a fixed price of $125 pp.

Neal Jackson is renowned for creating a number of unique dishes from simple ingredients and varying flavours. A vast selection of old and new world classics feature on the wine list, each carefully selected to match the dishes on the menus.

To dine at Jackson’s, pre-booking is required. Reservations can be made online via the website or by telephone.

Tuesday to Saturday 6pm until late.