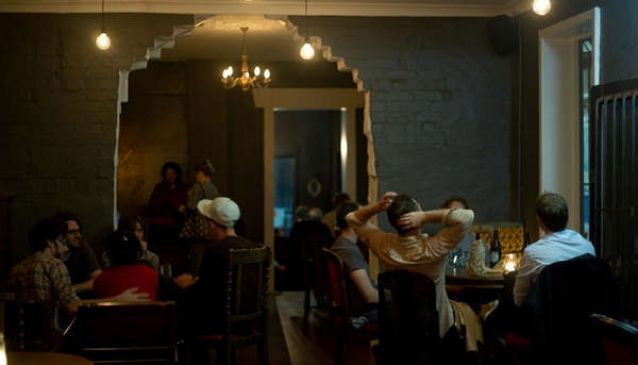 When the sale of alcohol became illegal during the prohibition era in America, it was then that speakeasies were first introduced; bars that would sneakily provide drinks behind the backs of the authority. Alcoves would hide drinking booths, gin would be served in a tea cup and vodka would be disguised in a jam jar. It was from this era that Ezra Pound got its inspiration. As part of the first wave of small bars opening up in Perth, Ezra Pound thought to do something a little different from the ordinary, and remain under the radar.

This small, low-key venue serving up cocktails remains hidden from the majority, whilst rewarding those who venture to find it. The exposed brick interior and low-candlelit lighting make it feel as secretive as it would have been back in the 20s, with jarred cocktails made from delicious mixes and bar snacks available to nibble on. Ezra Pound is like taking a journey back in time, making it the ideal location for a bit of escapism for everyday life.

For a look at the drinks menu, visit the website.