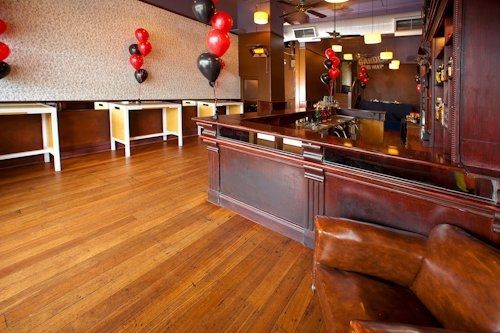 Holding many tricks up its sleeve, Rosemount Hotel is the ideal venue for original bands from Australia and around the world. Supporting local, national and international acts, ‘The Rosie’, as locals call it, is the gateway for all walks of music with live bands playing most nights.

But Rosemount Hotel doesn’t stop there; it also offers delectable lunch, dinner and platter menus of traditional pub food, homemade pizzas and Asian cuisine with specials for every day of the week. There are also themed entertainment nights throughout the week including Bada Bingo and Quizmeisters, or On The Couch Open Mic & Jam Session Sundays to immerse yourself in. DJs can be found playing Wednesdays through to Sundays in the large beer garden whilst the main stage in the Corner Bar has seen the likes of The Gossip, The Temper Trap and José González grace its presence.

The retro Four5nine Bar & Lounge is available for private hire seven days of the week, with sections of the beer garden and Corner Bar also being available.