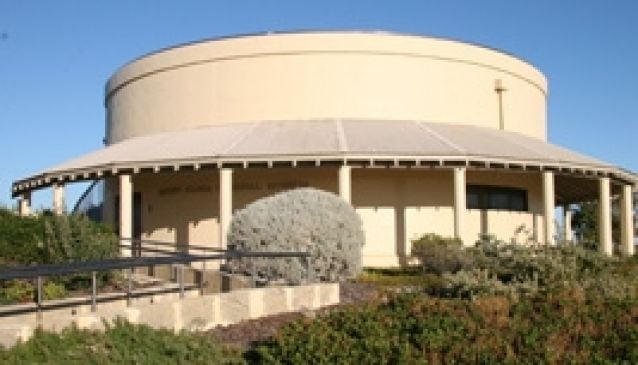 If you fancy an afternoon pottering round the suburbs of Perth, then the Mount Flora Regional Museum is perfect. With free admission, it displays the history of the city of Stirling, just 10km north of the city centre.

The exhibits take you back through the days of old, with permanent displays outlining topics such as whaling, shipwrecks and the early days of school. The mezzanine floor focuses on the social history, allowing visitors to step back in time, with displays such as the 1940's style kitchen with original pieces like the wood stove and typical dining set.

Up another level and you come to a wonderful panoramic view of the northern suburbs which makes it apparent why in the 40's it was originally used as an observation post for the Defence Forces. With it's quirky design, it's no surprise that the building isn't purpose built; it was created in 1936 as a water tank for the North Beach Residents and was only utilised as a museum in the 1970s.

The museum curator holds guided tours in which he regails local stories and the historical background of the area. It's advised to call to book a tour and communities and school groups are encouraged.

If you're visiting with a family, there's a grassy park with picnic area and children's playground out the front of the building to keep them entertained.

Open at other times by appointment