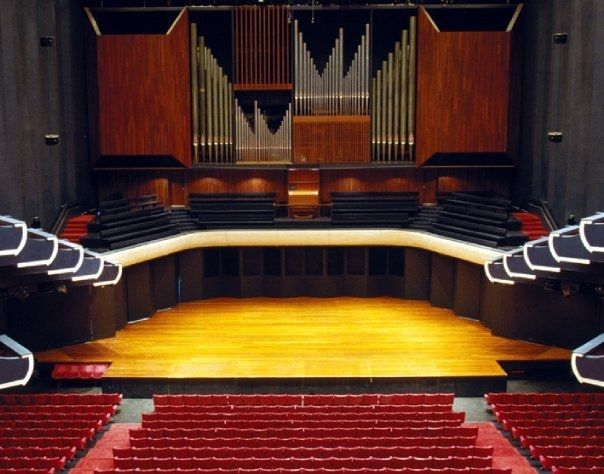 Known for having the finest music acoustics in the southern hemisphere and recently voted ‘Best acoustics in Australia’ by Limelight Magazine, Perth Concert Hall has hosted many great classical music ensembles including the Berlin Philharmonic, Vienna Philharmonic and London Symphony Orchestra. World renowned contemporary artists of the likes of Sting, Noel Gallagher, Michael Bublé and PJ Harvey have also appeared on stage at the Perth Concert Hall.

The auditorium of the hall offers seating for 1,731 with a 20-metre wide stage at the front and a magnificent 3,000 pipe organ, built by Ronald Sharp. The auditorium is surrounded by several foyers, spacious galleries, private rooms and outdoor areas, which can be hired for private functions.

The hall is perfectly located in the city centre between St Georges Terrace and Terrace Road, making it within easy reaching distance of most hotels and public transports. It holds a picturesque view over the Swan River from the light-filled galleries, verandas and private meeting spaces, making it one of very few in the city which can offer such sights.